Spread the love
“When Money Enter Love is Sweeter”: Paul Okoye and New Lover Ivy Rock Matching Outfits As They Jet Out to South Sudan on Christmas Day

Top Nigerian singer, PSquare’s Paul Okoye’s relationship with his new lover, Ivy Ifeoma, has continued to remain a trending topic on social media over their public display of affection.

The new couple decided to mark Christmas in a special way and this was seen in videos making the rounds of them together.

In the clips, Paul and Ivy were seen rocking matching outfits as they jetted off to South Sudan on Christmas Day for the singer’s show.

It appeared the music star had removed the jacket of his designer outfit for Ivy to wear on her clothes while he kept rocking his two-piece.

In one video, the couple were seen sitting together in the plane as Paul lamented about losing his voice.

In another clip, the couple held hands as they walked together to the plane. Paul also acted like a gentle man and let her use the stairs while he stayed back and watched her.

See the clip below:

The clip of Paul and Ivy in matching clothing items spread online and netizens had mixed feelings about it. Read some comments below:

“It’s not giving what it’s supposed to give”

“Love with money is sweet abeg “

“E no wear lik this with him wife way give am children all of a sudden he becomes a good man for his girlfriend. Fear this gender.”

“God abeg Na my own husband I want no be person own.”

“Someone that’s supposed to be spending Christmas with his children ‍♂️‍♂️”

“See as the thing Dey sweet me for belle”

“Am I the only person that likes this ship?

“I’m so fruity, I can make a man-go crazy” – Denrele Edun gives cryptic response to Nedu

Media personality, Denrele Edun has given a cryptic response to his colleague, Nedu, after he claimed that most male celebrities are either gay or bisexual.

Recall that Nedu stated this during a recent episode of his podcast ‘The Honest Bunch’. He had claimed that 90% of men in the Nigerian entertainment industry are fruity – a slang word for homosexual.

Shortly after he made this claim, Denrele came out to boldly embrace the accusation in a rather cryptic post shared on his Instagram page. 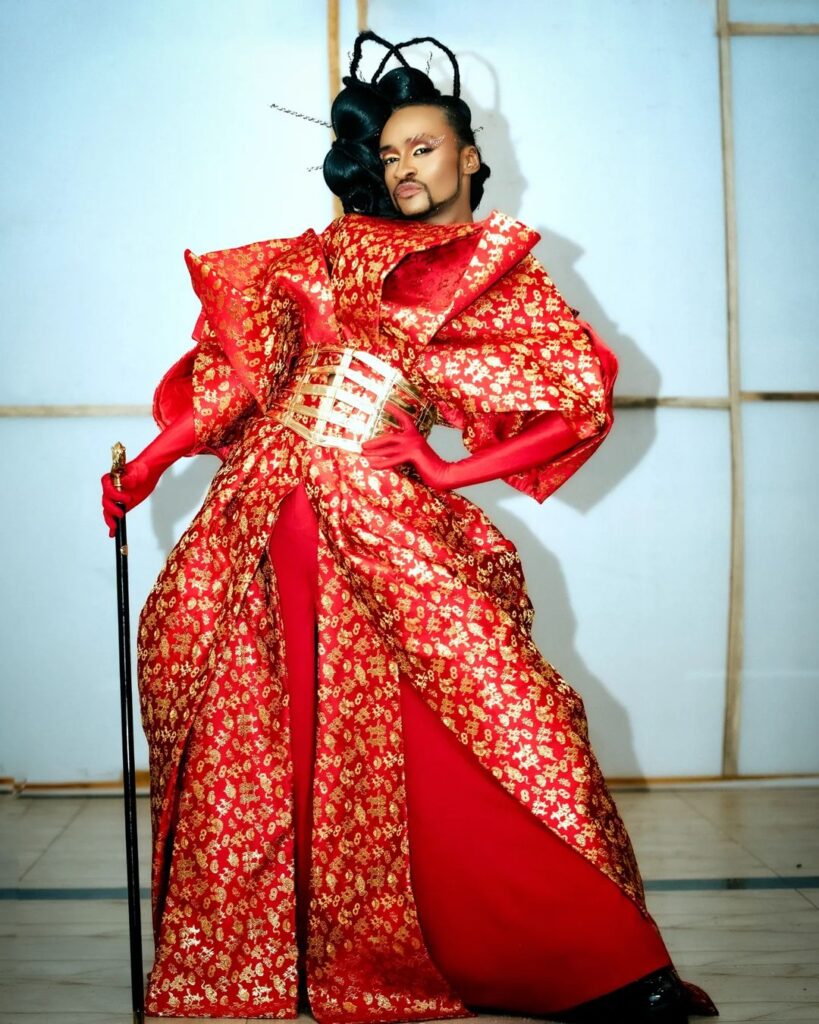 The flamboyant crossdresser and entertainer admitted to being “fruity” and said he can make a “man-go” crazy.

He posted lovely photos with the caption,

“NEDU: 90% of Male Celebrities are FRUITY.

Last Slide: Wanna sing this song for my VALEN-LIME 🍋
(as Valentine is around the corner).”

A while back, Denrele Edun recounted how intending candidates for Big Brother Nigeria reality TV show offered him money, nudes and other things so he may use his influence to make them a housemate.

“I get a lot of nudes from people who want to go for BBNaija. I get all kinds of monetary offers.

“I have gotten N100m, N50m, N30m and I tell people go and do something reasonable with your money.

“So, let’s just say if you don’t have a Denrele in your life that can help you rediscover yourself or help you get to the next level and give you direction to help you navigate your way through life, then what are you looking for? Go and find a Denrele.