Halima Abubakar is currently trending on social media following her Instagram live with comedian Princess in which she went into detail about her alleged affair with Apostle Suleman Johnson.

He proposed to me more than 7 times – Halima Abubakar

In the four-part interview, the actress talked about the affair, claiming she was unaware that he was married as he had told her he was separated. 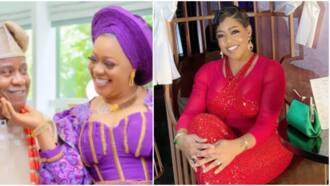 “Do you want to kill me?” Omo Brish’s dad breaks down in tears as actress pranks him on 76th birthday

She stated that even after he told her about being separated, she begged him to go back to his wife. Halima also stated that during their affair, he proposed to her ‘more than seven times.’

” I did not know he was married. He told me he was separated. I used to beg him to go and settle with his wife but he said No. He proposed to me more than seven times. He involved my parents and met them for introduction.”

Every time we had sex, I bled – Halima Abubakar

In the second video, she went into sordid details about their sexual escapades, claiming that she bled each time they got intimate.

“The blood never stopped and he was still having sex with me like that. I didn’t read any meaning to it because I wasn’t a spiritual person and he used to have sex with me during my period so I thought it was normal’.” 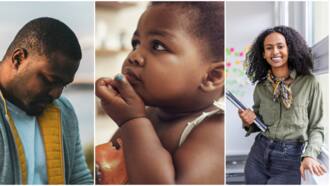 “I Ghosted and Left the Baby”: Lady Abandons Newborn, Says She Doesn’t Want to Be a Mum

He told me he was a motivational speaker, I have photo evidence – Halima Abubakar

The actress also shared photos of the pastor claimed to have been taken by her in hotel rooms as well as some which were sent to her by him.

Halima also said that the pastor claimed to be a motivational speaker and that she had his name tattooed on her hand.

“I had a tattoo of Suleman’s name on my hand when the going was good. He never told me he was a pastor. He told me he was a motivational speaker and then a Sunday School teacher. When I later got to know, I asked him if he knew what we were doing was wrong, and he said I AM HUMAN.”

“You gave my sister a ring”: Drama as Halima Abubakar’s sibling hints at legal action against Apostle Suleman

In September of 2022, there was drama on social media between Nollywood actress Halima Abubakar and popular cleric Apostle Johnson Suleman of Omega Fire Ministry. 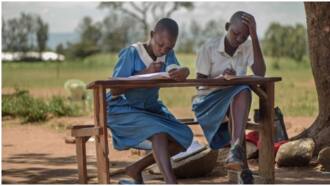 School Girl Who Married 38-Year-Old Man Finds Out He Has a Wife, Shares Marital Woes

In a post via Halima’s Instastory, an individual behind the actress’ account identified as her sibling and manager.

The individual vowed to stand by Halima and fight for her at all costs while claiming that Suleman gave her sister a ring.