Popular Nollywood actress, Bimbo Akintola may have left some Nigerians pretty upset after she went public with her choice of a presidential candidate.

The veteran actress appeared on TVC’s The View and a clip from the show has gone viral on social media.

In the trending video, Akintola talks about why she has thrown her support behind APC’s candidate for the presidency, Bola Tinubu and why she has decided to go public with her choice. 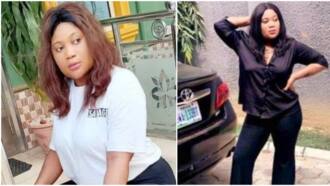 According to her, Tinubu has built talents and has helped a lot of her colleagues in the industry.

“He builds talent,” she started off.

“It’s always about transactional assistance he gives. Tinubu of today is old and senile. He could’ve been a philanthropist but leadership at this age isn’t what he needs or can offer. Tenks.” 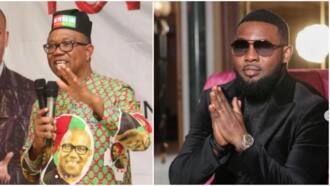 “I’m looking for a job so, I have to be everywhere”: Peter Obi tells AY Makun why he is always on the move

“Please go with your industry goons and say thank You to him!!! Y’all should stop with this ‘he helped the industry”……. The movie industry is not Nigeria…… if you want to campaign for your candidate, do it with political facts and not industry favors. Enough already.”

“Na only God fit help us for this country with this kind of mindset.”

“Everyone is always talking about personal interest and transactional assistance while they should be talking about how to make the country as a whole great. Listening to this makes me feel sick in the stomach”

“My message to Wizkid was borne out of love”: Mr Jollof releases new statement

Earlier on, Delta state comedian, Mr Jollof, had claimed that Wizkid was trying to capitalise on Davido’s popularity with their upcoming music tour.

Well, after getting dragged by Wizkid’s and his associates, it appears Mr Jollof is taking back his words.

In a recent statement released by the self-acclaimed social critic, Jollof explained that his comments about Wizkid came from a place of love.