Popular US singer, Chris Brown’s daughter, Diamond, recently clocked a year old and a party was thrown to mark the occasion.

In a video from the event making the rounds on social media, Nigerian star, Burna Boy’s Last Last song was heard being played at the event.

The video showed the party venue decorated in white and pink with the guests dressed in all-white outfits. 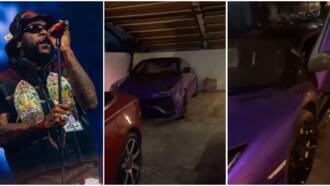 The guests also seemed pretty chilled as Burna’s song played in the background while they relaxed and the children played around.

See more snaps from the party below:

After the video went viral online, a number of Nigerians reacted to it. While some of them noted that there was nothing special about Burna’s song playing at the party, others said that Last Last is a global tune.

Read some of their comments below:

“Where does the song not play ‍♀️”

“The DJ na even whitee, him just they slam afrobeat like sey Yankee music no dey for him lapee.” 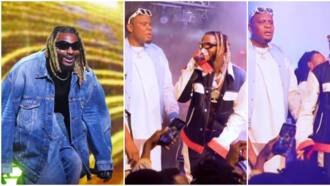 “No hot for Naija, he go copy you”: Diamond Platnumz rocks Asake’s hairstyle, sings like him, Nigerians react

Chris Brown had taken to his Instagram story to give Rema his flowers with a post where he acknowledged the young singer’s talent.

The US singer had shared a video of Rema speaking on how they met and also eventually worked together on a song.

“So Disappointed”: Video As Nigerian BBTitans Star Yvonne Says She Is Not One With South African Housemates

“She Be God?” Video Trends as Bride Stops Dancing With Hubby During Wedding, Quickly Kneels for Mercy Johnson